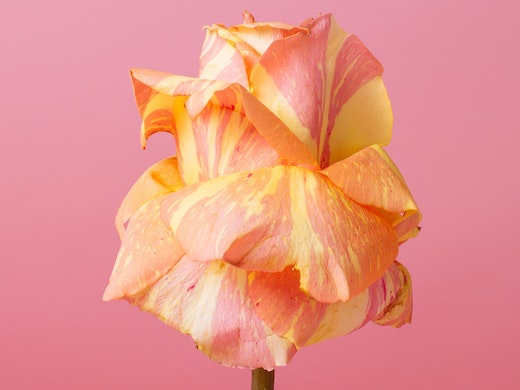 Aside from making it socially acceptable to crack on with a pint midweek, at midday, the Summer months bring with them a new set of seasonal stems – which means many new bouquets, too. From dahlia, crocosmia and oriental poppy  stems, to our favourite peonies (yes, they’re still here, more on this below) – this is our guide to the best summer has to share.

The history of the dahlia can be traced back to Mexico, where the stem was used as a source of food for centuries by indigenous people and beloved to be a cure for epilepsy by the Aztecs. But it wasn’t until the late 1700s that they cropped up in Europe thanks to a French explorer who came across a dahlia-filled garden while in Oaxaca. Now, the captivating stem is considered an emblem of their native land and said to symbolise grace under pressure.

Perhaps one of our favourite flower names for its crocodile sound – despite having nothing to do with reptiles, of course – the name “crocosmia” actually translates to “smells a bit like saffron” in Greek… The reason for this? Their leaves smell a bit like – you’ve got it – saffron. their as rich in colour as saffron too. Renowned for their distinctive flowering – vivid influences standing proud astride branched stems – crocosmia come in vivid shades of orange and red. But when it comes to their biggest fan, it’s the hummingbird. As one of the few flowers that can match the transfixing beauty of its pretty little pollinator, together they’re a fine pair.

Native to northeastern Turkey, the oriental poppy is renowned for its diverse colour ways – from clean white with aubergine-black blotches to salmon pinks ad deep maroons. Their names are impressive as their vibrancy, too. While shades of red go by names like ‘G.I. Joe’ and ‘Indian Chief’, there’s a salmon shade called “Cedric Morris” pink and a plum named “Pattys Plum”.

So, despite the fact that British peonies typically bloom from Mid-May until early July, this year our beloved peonies are set to be blooming for some time yet due to the uncharacteristically warm weather. Expect to see their many petals unfurling majestically in a number of summer bouquets. We’re certainly not complaining.

We thought we’d help you out with one aspect of your Perfect London Life that can bring real joy to your home environment without needless exertion.
Read more

The man who grew a forest with his bare hands

It’s World Environment Day on June 5th and we couldn’t help but draw attention to the man who grew a forest with his bare hands...
Read more

The Flora of Nepal

We take a look at the exquisite flora of Nepal from the well loved Rhododendron to the amazing everlasting blooms of the Anaphalis triplinervis.
Read more